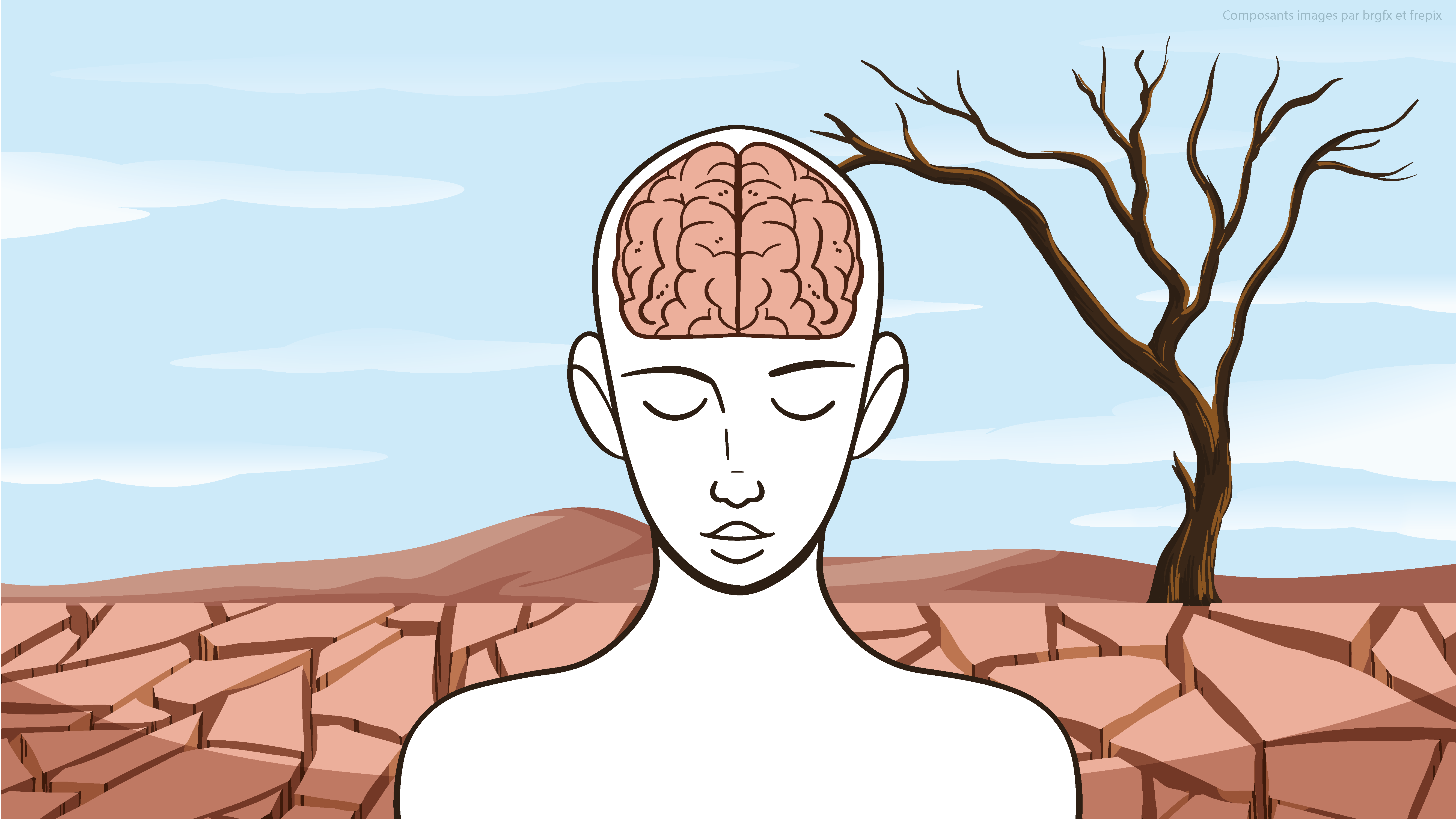 According to a 2008 survey conducted by the Pew Research Center, most Americans do not feel a personal connection to climate change. They do view it as a concern, but it is still not perceived as a priority on par with the economic downturn or the need to improve the educational system. Despite scientists’ many calls to action, Americans still deflect from protecting the environment, and some of them, dubbed “climate deniers”, even question the credibility of scientific findings on the matter. Across the Atlantic, climate change is widely recognized as a major cause for concern: in 2018, the IFOP found that 85% of French people were worried about global warming. However, despite these encouraging figures, citizens still fail to take relevant actions to tackle climate change. Indeed, according to the consulting firm BVA, 64% of French people said they would not accept a small drop in their revenue to help curb global warming.

But even when they’re asked to take smaller actions, people fail to deliver. This is all the more surprising as many of us can recite at least a few things we could do to help mitigate climate change, such as taking showers instead of baths, using reusable cups, or optimizing our diet to include less meat. Yet, being aware of this rarely inspires consistent behavioral change – why is that? I believe social psychology can help decision makers at all levels grasp the complexities of human thinking on the subject in order to inspire long-lasting change that will make a real difference.

Humans are complex creatures. People are capable of pulling incredible stunts to protect themselves or their loved ones when they sense danger, yet, when a larger group is involved – say, a whole country or community – they often stand idly by, no longer driven by the emergency at hand. Of course, social psychologists have looked into this, and they concluded that individuals were less likely to take responsibility for an event and help others out when other bystanders or witnesses were present. This is a phenomenon known as “diffusion of responsibility”. In extreme situations, diffusion of responsibility might lead to letting people get murdered and doing nothing to save them – much like Nazi officials during the Holocaust. But in day to day life, it might result in ignoring beggars on the street or failing to help that old lady carry her grocery bags. The way individuals deal with climate change is no exception: “why would I donate money if I know for sure someone else is going to do it for me?”, “why should I stop taking baths when someone else is probably undertaking more drastic measures?”, are common thoughts that go through their minds. Or worse: some people fail to make a change in their lives because they underestimate the impact it will have on the planet at large.

Diffusion of responsibility has dire consequences that undermine collective efforts to tackle climate change. Indeed, psychologists found that the larger the group, the less an individual was willing to make efforts towards a goal. People tend to engage in “social loafing”, meaning that they expend less effort when working collectively than when working individually, as they are not held directly accountable and cannot evaluate their own efforts. Because responsibility is diffused within the group, group members will be less motivated than if they were working on their own or with a smaller group. This explains why it is so difficult to get an entire country to act against global warming!

In addition to people not feeling directly responsible for global warming, cognitive biases also play a role in impairing policymakers’ strategies to encourage eco-friendly actions. Indeed, scientists often sound the alarm by pointing to future events: for example, the UN insists that oceans will warm “by the end of the century”, and that the number of people exposed to water stress could rise by 50% by 2050. While these figures are indeed worrisome, the fact that they lead us to contemplate an uncertain future limits the efficiency of climate change communication. In fact, they enact what researchers refer to as the “present bias”, which refers to people discounting the importance of future events, choosing to focus on the perks of their current life instead.

Another factor that must be taken into account when considering why people do not get involved in tackling climate change has to do with their desire for comfort. Unless they’re considering their own well-being or that of loved ones, human beings tend to be selfish. That is the reason why Swiss researchers found, back in 2001, that most individuals are unwilling to compromise their personal comfort and consumption habits in the name of climate change. Of course, this is enhanced by the fact that climate deniers frame eco-friendly actions as constraining and time-consuming: giving up long-distance flights or certain food habits…. However, by showing citizens that they can take action without disrupting their daily lives, decisionmakers could successfully drive them to take efficient action to curb global warming.

There is still hope

The fact that most of the current communication regarding climate change is not persuasive enough to get people to act does not mean it cannot be improved thanks to psychology’s insights. For one, I believe it is possible to move past people’s desire for comfort and their reluctance to make additional efforts for a cause they don’t feel directly responsible for. In fact, this desire mostly stems from another well-known bias known as the “status quo bias”, which refers to the phenomenon of preferring that one’s environment and situation remain as they already are, even when the change could be positive. As a result, individuals tend to stick with the “default option” when presented with multiple options to choose from. By making eco-friendly actions the default option, policymakers could encourage citizens to protect the environment. This is what Rutgers University did a few years ago: after deciding the computer labs were wasting too much paper, the university simply made double-sided printing the default option on its printers. This tiny act saved more than 7 million sheets of paper in the first semester only, which is the equivalent of 620 trees !

What’s more, countering the diffusion of responsibility phenomenon might be the safest bet to get people to take actions to save the planet. The easiest way to do so is by tapping into social identities and creating a sense of community: the smaller the group, the less individuals will engage in social loafing and disengage from the issue. Hence, policymakers could take a more local approach to tackling climate change and prompt mayors or local leaders to encourage actions among their community, because people who feel an affiliation with a group are more likely to cooperate in environmental decisions. The efficiency of this approach has been tested in the US, where a reality show named “The Energy Smackdown”  engages the public on the issue of climate change by showcasing what citizens of a community can do to reduce their energy consumption. In season two, for instance, teams of households from three different towns in the state of Massachusetts competed to see which community could make the biggest energy reduction over a year. The challenges included biking to work, eating locally grown food or replacing light bulbs with eco-friendly alternatives. Contestants were also supposed to educate fellow community members on the reduction of carbon emissions. Ultimately, the winners ended up reducing their energy consumption by a striking 73%, showcasing the importance of local initiatives in the fight against global warming.

Other ways to avoid diffusing responsibility across the group include involving the audience through vivid images or messages that invoke an individual’s personal experience.  Instead of relying on scientific data and jargon, decision makers should aim to show people real film footage and vivid imagery and craft messages that highlight something they’ve already been through or use concrete and striking comparisons. This is what the City of New York did in 2008, when it launched an ad campaign to promote recycling. The ads reproduced the Empire State Building – only, it was composed entirely of discarded magazines and catalogs. This powerfully raised awareness about the huge amount of paper thrown away in the city, enough to fill the entire monument! Was this ad effective? It’s hard to tell. But at least it was captivating and it must have caught people’s attention, much more so than plain statistics and numbers. Maybe it won’t magically change New Yorkers’ behavior, but maybe it will stay in the back of their minds and they will be prompted to act at a later date. Let’s just hope it will …

French student in Master in Management at HEC Paris (Class of 2023).
Contributor to KIP. 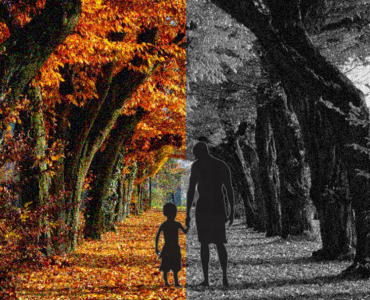 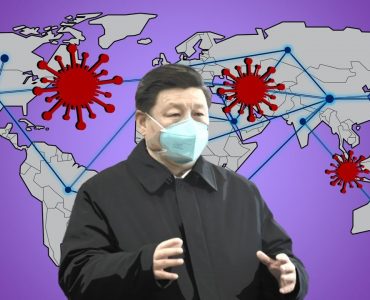 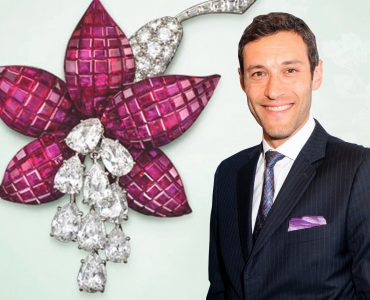