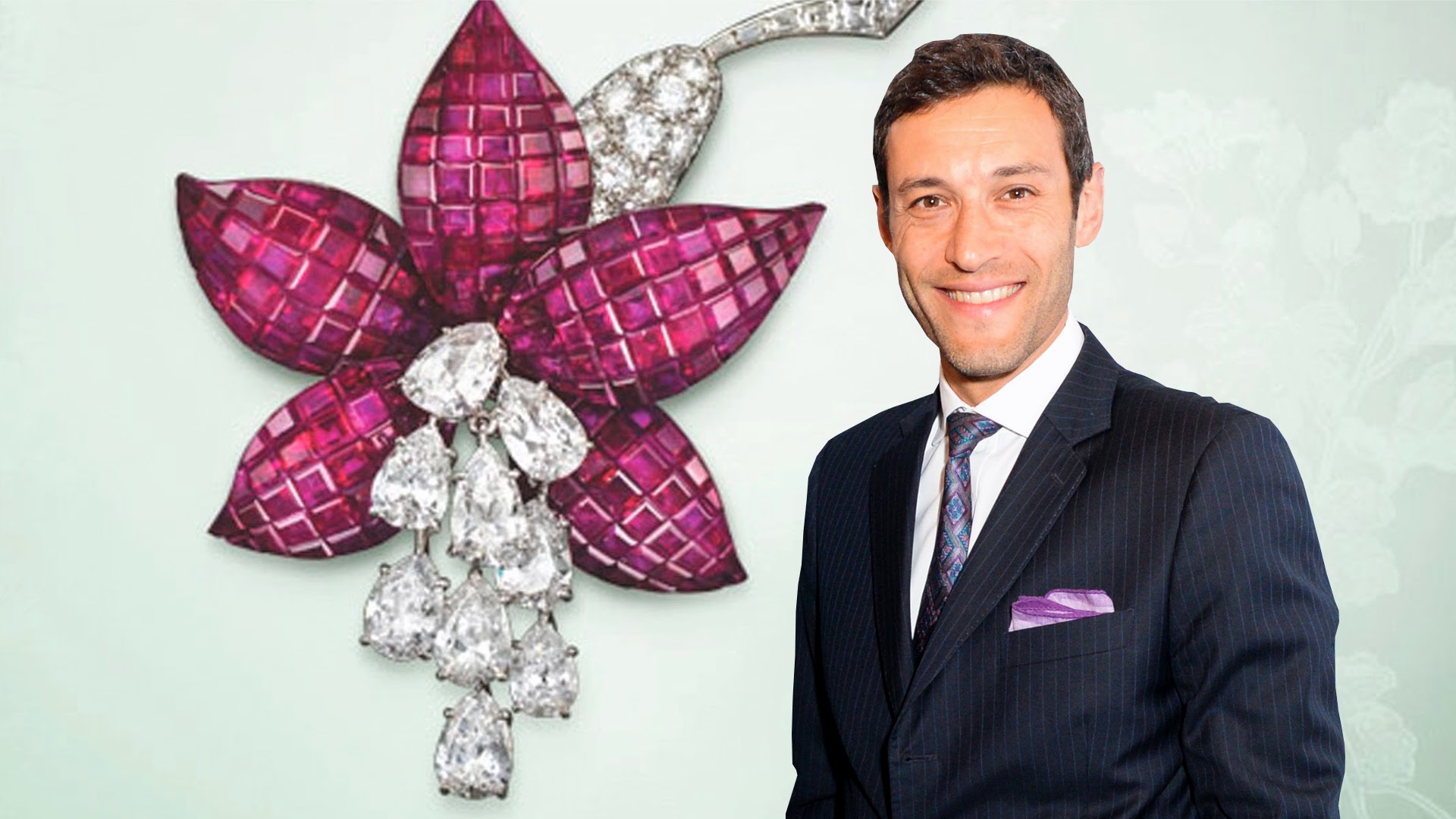 Lukas: Can you tell us about your path? What attracted you towards the luxury industry?

My entrance into luxury is a story of both curiosity and chance. I was actually not prepared to go into the world of luxury and jewelry. I completed generalist studies at an engineering school, and my internships in banking, where I really wanted to work. This was the case until I realized that this really wasn’t my vocation, and that I wasn’t really set on an definite future. After my military service, I decided to do consulting, which to me was the most open, generalist route that would allow me to discover the greatest number of careers and industries as quickly as possible. I was able to do projects that were very diverse, very quickly in the field, and with autonomy, and then I had an opportunity to come to Cartier. The company was in the process of creating an internal consulting department, which was a rather natural transition for me.

I had a rather blurred view of luxury. I saw it in a very superficial way. Before entering Cartier, I informed myself, I did interviews, and I met with exciting people. In this way I was able to discover that luxury was really much richer and more profound than I thought, with diverse and interesting jobs. This attracted me, luck and the opportunity to meet my curiosity, and that was exactly twenty years ago.

Cartier and Van Cleef & Arpels belong to the same group (Richemont), is that why you moved from Cartier as President and CEO of Japan to this jewelry company?

I had the opportunity to work at Cartier for 12 years, having carried out different roles, first in consulting and organization. This helped me come into the company and discover it. Then they put me in charge of digital, which at time was called Internet. I was the first director of Internet at Cartier in 1999, at a time when the Internet was developing no one really knew how to use it.

As a result of that I was fortunate to be able to start on the ground in the market to take an operational management position, which was general manager of Southeast Asia, based in Singapore. I then returned to Paris to work alongside the President on questions of Client Service, Customer Relationship Management, and Digital.

I wanted to go abroad again, and I had the opportunity to go with Van Cleef & Arpels to Japan as the President of the Japan market. It was a company that Richemont had bought in 2000, an accomplished firm that greatly attracted me, with a familial and entrepreneurial spirit, and profoundly positive corporate values. Japan also greatly attracted me so we decided with my family to go there and we spent three wonderful years there. Now I have been in the United States for five years, living an extraordinary adventure.

To what extent does the United States represent a special place for this jewelry house?

The United States truly holds a special place for the luxury houses located there. It is by far the most important market in the world. If we only consider the New York market, its size is more important than those of most countries in the world. We have a strong historical and cultural anchor in the United States. Van Cleef & Arpels is a French firm created in Paris in 1906 which quickly had an American adventure as the Arpels family moved to New York in 1939, early in the history of the jewelry house. It is in this way that the American branch of Van Cleef & Arpels was born, and over the years became its own house within the house. In fact, we now have an entire part of our history that is American. We are now established upon a very solid market base in North America.

Competition must be particularly intense. Do you consider this the main challenge that Van Cleef & Arpels faces in the United States?

Of course the competition is immense everywhere, it is ferocious. There is an important offer at the brand level. In terms of stores, human resources, and talent, the competition is absolutely everywhere. It is difficult to find a place in the United States for most international firms due to the dominance of American brands in every industry, including the world of fashion. There is also clearly an advantage for well established companies, who have found success, legitimacy, and relevance in the American market. This is our case, we are in a very strong position in the United States even though we are not originally an American firm.

It is expensive to operate in the United States, so it’s not for everyone. We still see El Dorado. We continue to believe that we can easily do business with a fast-moving market and large margins. This is not true for everyone. The culture is very specific. It is a very crowded and difficult territory. It takes time to establish yourself, but it makes things all the more exciting. When it works, it works very well, and long-lasting if we do good work.

You brought up the uniqueness of American culture. Have you noticed differences, because of your experience in France, in the ways of managing teams and making deals in the U.S. and Japan?

I saw big differences between Japan and the United States, especially in relation to the group and to the individual. To be a boss in Japan is to first ensure that the group functions coherently and cohesively. There is also a particular way of managing time, which takes much longer. Change is not easy. It is necessary to find a strong consensus to move forward, which requires leadership skills very different from those that are necessary in the United States, a country where everything moves very fast. In the United States, the group is of course important, but there is first respect for the individual, which is essential. It is necessary to make sure that everyone has the means to advance quickly, with a time management that is very different. Yesterday matters little, tomorrow is too late, it is today that is important. In the United States, it’s, “What’s in it for me today?” It is a much more direct relationship, which I like a lot.

With the different cultures between these countries, are there different ways of promoting products and talking about them through different means of communication?

For certain brands, there are definitely different ways of promoting products depending on the country. We have an approach that is especially driven by the creation and stories we want to tell. These stories, which are always very positive and poetic, are the universal stories that echo all over the world. We tell them in the same way whether in New York, Paris, or São Paulo.

Our approach is not influenced by marketing, we don’t look at consumers tastes and trends across countries. This is not the approach of our company. We create collections that tell stories. What can change from one country to another are the mediums of communication. For example, we go through Instagram or Facebook in the United States while we use Kakaotalk in South Korea. The tools are of course different and we adapt the language, but the heart of the matter is the identity of the house, with a message that is the same all over the world.

So you use many social media networks in the United States. One of the characteristics of these networks, like Facebook or Instagram, is the presence of influencers. Do you use them in the promotion of your brand?

With Van Cleef & Arpels, the presence of influencers happens naturally. We don’t have a specific strategy of going to see this or that influencer. It is even less about paying them as certain brands do. We have friends of the company who are in the biggest cities in the world who naturally talk about us. They each have their own preferred methods of communication, and some talk about us on Facebook while others do at conferences. We are a very open company that tells beautiful stories that speak to certain people, people who in turn speak of us.

Regarding the different entities of the Richemont group, are they managed completely independent way or do you feel more competition with companies outside of the group?

The Richemont Group’s logic to give strong autonomy to different houses is simple: there is great respect for the identity of these houses, for their history and their creations. The companies are very different, Van Cleef & Arpels is not the same as Cartier or Jaeger Lecoultre, which are all part of the same group. There is a real desire of the group to preserve that. There is certainly competition, but there is also cooperation with the companies in the group. There is healthy competition, we are in markets that are being created and growing before our eyes, but with room for everyone who does good work.

To conclude, what are the major work approaches for Van Cleef & Arpels in the United States and in the world?

The main challenge is to continue to grow while preserving our identity and culture. Today, Van Cleef & Arpels meets the public and is successful because we have a strong identity and values that revolve around a respect for creation and a positive vision of the world through our creations, whether in jewelry or watchmaking. We paint the world as it should be and not as it is. We have a know-how, a creative history, and unique technique. This very strong and clear identity is materialized by iconic collections like Alhambra or Perlée, which have a great resonance today. It is a question of not going too fast, not diluting this identity, but rather enriching it. This will bring about our success in the United States and in the world.