Hegel counted five arts. They were architecture, sculpture, painting, music and poetry, ranked from the most material to the most expressive one. As the technical innovations of the twenty-first century came about, the classification became obsolete. Finally and most likely due to the curious nature of humans for round numbers, a consensus was reached, albeit with difficulty, and video games – the tenth and last art – were added to the list. In the meantime, Hegel’s idea of hierarchy of arts and his ranking system based on material usage and expressiveness faded into oblivion. Today, at the turn of the century, I would like to come back to the theories of the author of Lectures on Aesthetics, and without questioning what time and public opinion have approved, find an eleventh art that would be the one of our Crazy Time.

I could not pursue this noble quest without stopping beforehand, rightly or wrongly, on Facebook. Oddly enough, you might come upon this new art at the very first glance there. It’s right here, just in front of you. It is that man in the checkered shirt who turns around and drools over the woman in the red dress. It is the wide-eyed yellow Pokémon. It is the “smart guy” gazing at the butterfly.

Meme is the eleventh art I was talking about.

Let’s start with a little bit of history. Meme and the Internet are intrinsically linked, the latter being the very condition of the former. After all, memes are content that is massively copied and spread on the Internet. The term, taken from genetics, stems from the Ancient Greek word mimesis, meaning “imitation.”

There begins the art of meme. For Plato, mimesis is peculiar to “true images,” those who lead to the Intelligible World that transcends the realm of the sensible. Plato would have surely been fascinated by the memes of today. It is a simple picture that, by an immediate recognition mechanism, sparks the intuition of an idea. Let’s have a closer look at the famous example of the “distracted boyfriend.” A single glance suffices to immediately get what it is about: the protagonist is supposed to continue on his way with his girlfriend in a blue T-shirt, but he’d rather ogle the woman in the red dress that passes by, upsetting his partner. The message behind the picture is straightforward, and immediately understood: Whoever looks at it is tempted by “something” that goes against what logic, norms or moral would suggest. As soon as you get the message, an ocean of possibilities opens before you: the simplicity of memes enables not only to understand, but also to create them. You can customise meme templates with a piece of your own history, just as poets used to express their melancholy through the rules of sonnets. Memes are platonic.

However, it would be an offense to the ancient philosopher to rubber-stamp any form of representation. Plato used to blame artists for favouring the spectator’s point of view over the faithful representation of reality. This is the fault of bad images, called “eidolon”, which address the complacency of the viewer, falling into pure demagogy. You might have heard of the infamous example of Phidias’s gigantic statue of Athena, which is often condemned on that particular account. Its head was made disproportionate by design, so that the statue would look harmonious when seen from below. The same question applies naturally to memes since they are meant to be seen and shared, and even more specifically, to make people laugh. Would Plato have banished the “Memers” from the ideal city-state of The Republic? Well, probably. But the same goes for Racine and Michelangelo, too. Therefore, I have decided to take sides with memes. They should not be reduced to mere products churned out by some humour factory. As a work of art, a meme is the reflection of its author’s authenticity: memers create memes, not for other Internet users, but for themselves.

That is confirmed by Umberto Eco too. According to him, art must be an open matrix of readings. In other words, each work of art must let the spectator build it with their own subjectivity and feelings. “It’s the viewer that makes the work,” Marcel Duchamp said in regard to this topic, and now, it’s the viewer that makes the meme. As a matter of fact, they actually do, figuratively speaking: Understanding a meme requires a certain number of common, mainstream references, mainly coming from pop culture. Thus, the meme itself is enhanced by the prior knowledge the viewer has of it. They probably came upon many other variations of the meme before. Literally speaking, “templates,” those blank images designed to be completed by anyone, could be seen as the epitome of Eco’s “open work,” since they let the viewer take part, in their heads but also in actual fact, to the creation of the work.

Therefore, meme ranks at the highest position of Hegel’s scale: for the most part it is made from digital pictures, so it is barely material and has high customisation possibilities, to the extent that templates even have ephemeral popularity. Yet, it is also extremely expressive, as its humorous potential shows. Memes are the art of a world that revolves around speed, that is marked by the almightiness of image, and above all that is haunted by the necessity for all to reconcile their individualities with the demands of a normative and supervised society. 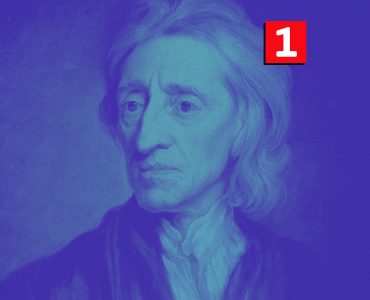