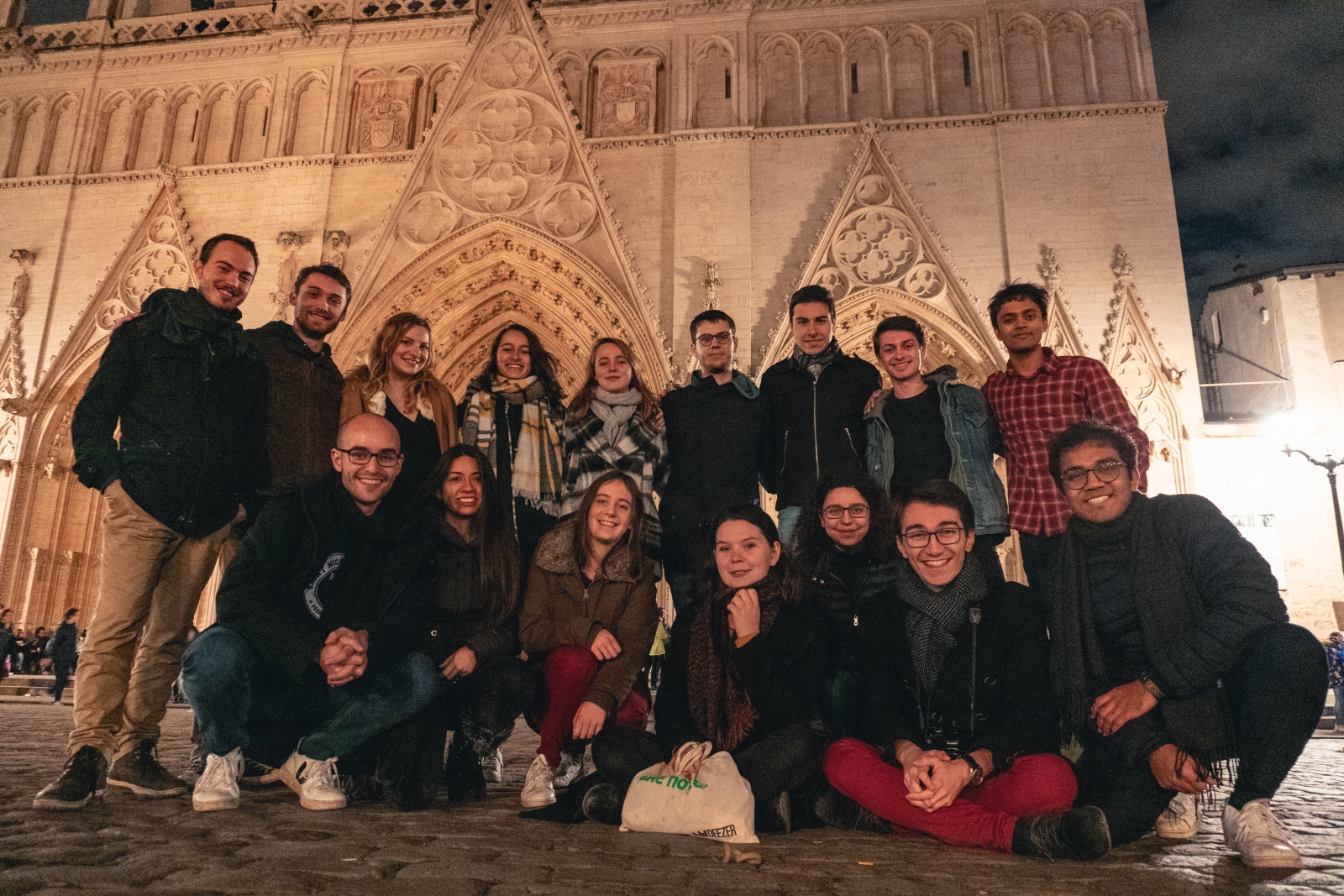 Let there be light: KIP at Lyon’s Festival of Lights

Hugo Sallé
Lights shining in the dark, colors magnifying centuries-old buildings, a continuous flow of people… it’s a taste of Christmas. Every December 8th, people head to Lyon, France’s third-largest city, to celebrate the Festival of Lights (Fête des Lumières). The origin of this celebration goes back to the 17th century, at a time when Lyon was said to have been spared from the plague by Mary, mother of Jesus. Since then, Lyonnais have been lighting candles every December 8th to commemorate this day.

Nowadays, every year for four days, locals and visitors come to see the various light shows taking place all over the city. Every site becomes a place of wonder: the Place des Terreaux, the Place Bellecourt, the Fourvière Hill and its Basilica. Lyon becomes the City of Lights. This year, we were lucky to be part of these celebrations for our second adventure in France. For most of our team it was our first time at this festival, and some of us had never been to Lyon. What a great way to discover this city!

This year’s festival welcomed 1.8 million people, not reaching than half of the 4 million visitors who came in 2012 – probably due to the attacks that have been happening in France since 2015. Also, with the Gilets jaunes (yellow vests) movement going on, the authorities were on the alert: on December 8th, protesters confronted the police at the Place Bellecour.

Still, during the day, we took time to roam the streets and visit Lyon’s old town. Movie buffs were in heaven, since Lyon is also known for being the birthplace of cinema. In March 1895, in a Lyon street now known as the Street of the First Movie, Louis Lumière shot Workers Leaving the Lumière Factory (La Sortie des Usines Lumière), which is (almost) the first real motion picture ever made. Heir to this rich legacy, museums such as the Musée Miniature et Cinéma try to renew its vitality.

We went back to Jouy with stars in the eyes. It’s time for new adventures!