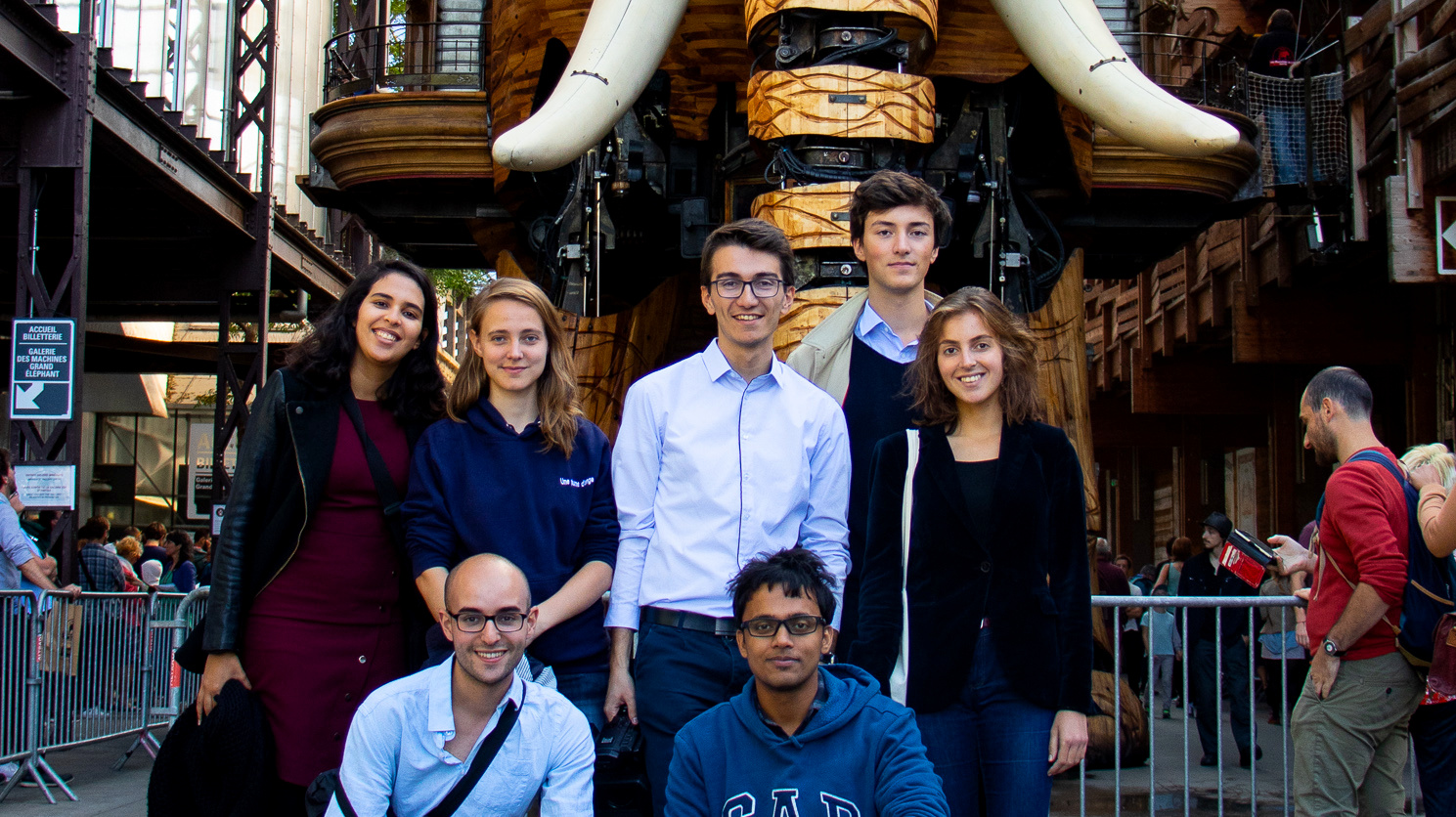 Angélique Sorba
This year, we have decided to explore major French cities for a day or a weekend. For the first one of those adventures, we have chosen to go to Nantes, in Western France!

There were four of us from KIP and three candidates eager to join the club, all equipped with cameras. We left Paris on September 28 and, after a four-hour drive, we arrived in Nantes on the evening. On the next morning, we attended the Geopolitics festival, an annual event dedicated to international affairs. For the ninth year in a row, the various conferences were taking place at the Lieu Unique, a multidisciplinary arts center downtown Nantes.

This year, topics included fake news, the Rohingyas crisis, the New Silk Road, links between religions and international affairs, the rise of global inequalities and money laundering. While most of us were covering the debates, Yann met Pascal Boniface – a geopolitician, professor and foundator of the IRIS association (the French Institute for International and Strategic Affairs). Mr Boniface agreed to welcome us at the headquarters of the Institute in Paris. Stay tuned for more details!

You may ask: what did we think of the event? Although some conferences appeared too broad and vague, it seems that we all enjoyed our time there. The New Silk Road topic turned out to divide both the speakers and the audience. Some argued that everyone should be afraid of China, while others thought more of a political manoeuvre. The debate between Jean-Joseph Boillot – PhD in economics and expert in emerging countries – and Alain Frachon – journalist for the French newspaper Le Monde – was particularly intense, which surprised us.

On the afternoon, we wandered around the city and its main sites: the Château des ducs de Bretagne (Castle of the Dukes of Brittany), the Bouffay and Commerce districts, the Passage Pommeraye (a small genuine shopping mall connecting two streets), and the Graslin Theatre. We took advantage of our time there to shoot some videos, and to visit the famous Machines of the Isle of Nantes, located on the banks of the Loire river. Every day, this artistic and touristic project welcomes more than 5,000 people eager to see these wood animals coming to life. Some can even embark on the Grand Elephant for a tour.

All in all, we spent a chill but somehow serious weekend, and that was only the first one!