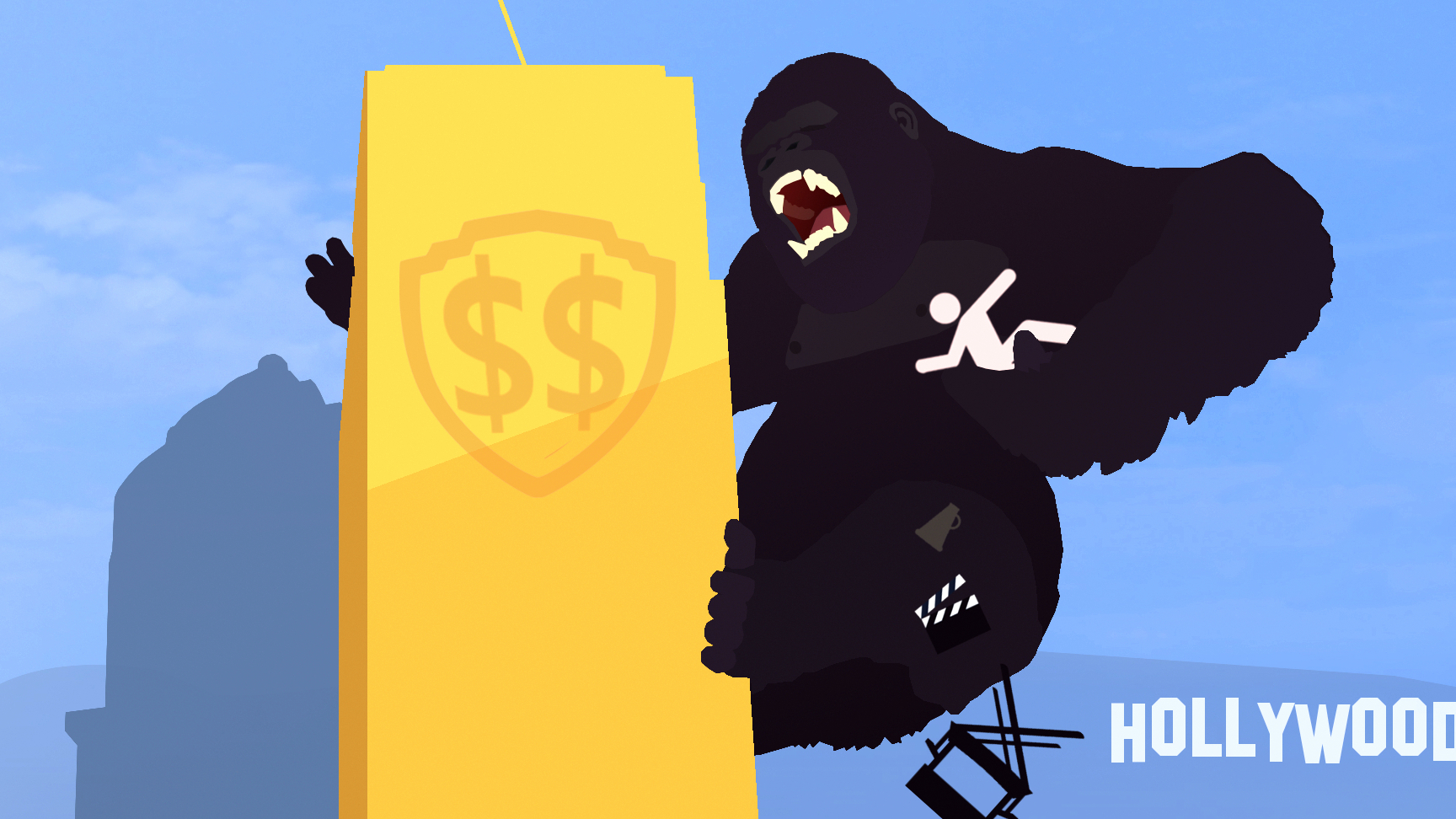 How studios interfere in blockbusters, or the stalemate of the Hollywood system.

Hollywood. That place, or rather the myth it embodies, leaves no one cold. Sometimes depicted as a merciless machine that crushes artists in the name of almighty profit and short-lived glory, sometimes seen as a wonderful dream factory made of miraculous success stories. Beyond this black and white opposition, one specific phenomenon fuels controversies: the excessive interference of studios in the creative process, in particular for blockbusters.

This interference is far from being new. It probably dates back to the very birth of the studio system, as studios are first and foremost companies that are concerned with offering their clients a satisfactory product. Released in 1982 and since then raised to the rank of cult science fiction movie, Blade Runner is an epitome of this. After production company Filmways withdrew because of financial difficulties, production managers had no other choice than looking for alternative funding. In a weak position, they had to accept a large interference of studios at the creative level. As a consequence, they chose to have a reluctant Harrison Ford record a voice-over, to replace shots that were not deemed suitable for a wide audience, and even to change the ending. Only in 2007 did they release a final cut version, that is the one Ridley Scott, its director, wanted to make.

Despite this example of harmful interference, the role of the studios in the cinema industry remains prominent. Some movies could well have put out of business entire companies because of their director’s impossible choices. Alejandro Jodorowsky’s ambitious Dune, which was planned to feature Orson Welles, Mick Jagger or even Salvador Dali (among others), is one of them. A potential bottomless pit, it was never acted out. In such circumstances, a studio intervention becomes necessary: the major must contain the director’s eccentricity to a reasonable level. If it doesn’t react, it simply risks disappearing. Hollywood cinema is filled with examples of bankruptcies linked to studios being too neglectful. Heaven’s Gate (Michael Cimino, 1980) on its own put United Artists out of business, which was known to grant its directors total artistic freedom – for instance One Flew Over The Cuckoo’s Nest (1975), Rocky (1976) or Raging Bull (1980), all of which have become classics of Hollywood cinema. With this movie, Mr. Cimino went so extravagantly far in his attention to detail that he made the budget skyrocket from $20 million to $42 million. For example, he blocked the production for an entire day so that a cloud would appear in the exact right place for a shot – knowing that a day of shooting cost around $220,000. The version that was released, which lasted 3:40, is a compression of more than 200 hours of rushes. The epic failure of the movie at the box office marked the end of the studio, which was bought out by MGM. Therefore, logistically and financially speaking, the studio must have a say. Nevertheless, the same cannot be said at the creative level. This conflict has led today to an incredible level of absurdity in the production system of blockbusters.

For several years the audience has witnessed a new summer tradition. The biggest studios like Warner Bros or Disney get out their proverbial tent-poles every summer. Their annual revenues rely a lot on the results of those movies at the box-office. These blockbusters often have a very large budget as well as a large-scale advertising campaign, which costs almost as much as the movie itself. Transformers 4: Age of Extinction (2014) by Michael Bay has for instance benefited from a promotional budget of $100 million only in North America. To put it into perspective, it is the average budget needed to produce a movie by a Hollywood major, including marketing costs. Because of this, the studio expects a sure return on investment. This need for certainty is made even greater because in the last decades the budget of those productions has soared at exponential speed. Simultaneously, the incomes from broadcasting have grown at a much slower pace. So, from now on, production companies must deal with a much higher risk than before. Conflictual interests thus emerge with the director: production managers want as many people as possible to like their movies so as to maximize profit. Consequently, they interfere with the creative process in order to obtain a bland and consensual movie. This conception of mainstream cinema industry is terrible because it wipes out the bold choices or the risks a director could have taken. Therefore, most movies today are dull works that are forgotten as soon as the audience leaves the projection room, like Battleship for example.

That movies bound to be forgotten are released is not however the most preoccupying phenomenon. Sometimes, the studio interferes so much that in the end movies make no sense, their editing is absurd or highly incoherent as far as the script is concerned. Such inconsistencies are often due to scenes being reshot after part of the working version has been deemed not mainstream enough. A striking example in this category is Suicide Squad (2016). The movie is supposed to tell the stories of iconic villains, but turns out to be a real patchwork. There is a simple reason for this: the director and the studio had two different conceptions of what the movie should be, and Warner Bros asked Trailer Park, a company that usually makes trailers for the studio’s productions, to edit a second version of the movie. The major had already announced a release date. As a delay represents enormous costs for a studio, director David Ayer only had 6 weeks to rewrite the movie. The final result is nothing else than a 2-hour trailer, some sort of hybrid creature or a failed clone of what the movie could have been. Fantastic Four (2015) is of the same kind. Also destroyed at the editing stage, it was completely disowned by its director, Josh Trank. He has not been able to find work in Hollywood anymore since he criticized his work.

The case of Suicide Squad could have no consequence. A box office flop could be enough for the studio to realize it needs to change its methods. Some of those movies, despite their questionable quality, have nevertheless proven profitable, although probably to a smaller extent than what the studios hoped for. Suicide Squad made $570 million in profit. We are therefore in a ludicrous situation that is extremely problematic artistically speaking. Before becoming Warner’s CEO, Keven Tsujihara worked in the division of the company in charge of protecting its interests in theme parks and in the “home entertainment” department. He has then never been really involved in movie producing. His decisions are thus mainly based on the company’s figures only, which causes many problems.

The reason why those movies have been profitable may be debated. Still, it seems that we have now reached a stalemate. To break it could prove harmful for a studio because it would mean accepting that a tent-pole not fulfilling its expectations in terms of revenues could greatly affect a company. Disney experienced this when forgettable movies like John Carter (2012) or The Lone Ranger (2013) resulted in huge losses. The company manages to catch up thanks to its Marvel universe that of course gives birth to bland movies, but at least they are relatively consistent and entertaining. Four of them are among the 15 biggest world box office successes (not taking inflation into account).

The methods of this system seem therefore to have a bright future, even though directors like Christopher Nolan bring a little hope by successfully imposing their personal vision on big-budget summer movies, like The Dark Knight (2008) or more recently Dunkirk (2017), all released in that period of the year but that show distinctive aspects of the director’s touch. His “realistic” way of filming and conventional special effects are very far from the digital tools that are nowadays omnipresent, like in works such as Batman v. Superman (2016).

Illustration: Montage inspired by King Kong (2005), Made by Hugo Sallé for KIP 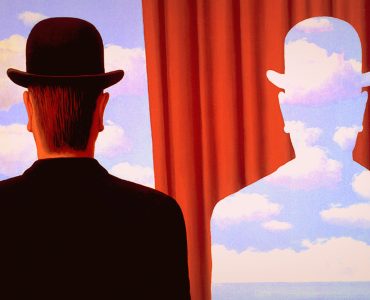 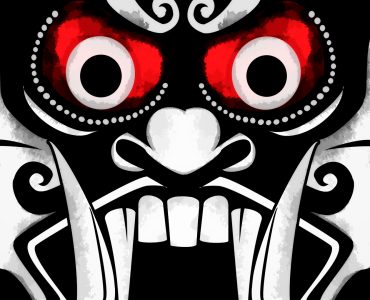