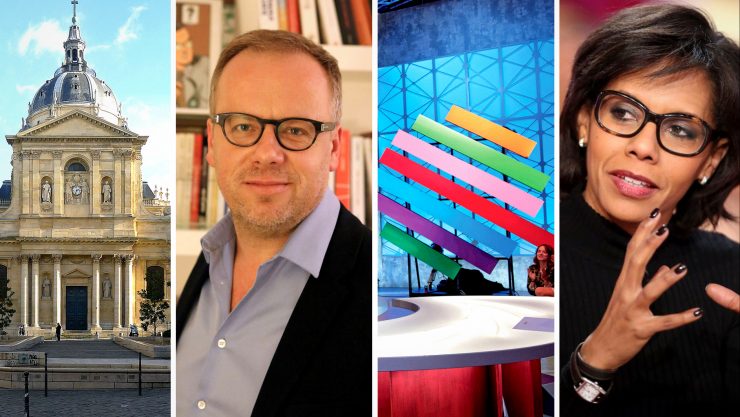 Reporters without borders, Sorbonne University… End of the year recap

When we created KIP, we wanted to go beyond borders. Intellectual borders on the one hand and geographical borders on the other, but also borders on the Web. We wanted to give our team the opportunity to live a fulfilling “media experience”, filled with discovery and new encounters. As the official launching of the website drew closer, we lived through a few very intense weeks, navigating between Jouy-en-Josas and Paris using the good old RER C. Let’s look back on a month filled with events, outings and encounters.

It all started on November 14th, at Place Vendôme, Paris. HEC Alumni, the school’s alumni association, invited us to a meeting with Gilles Pélisson, the CEO of the most famous TV channel in France: TF1. The event took place within the frame of regular Q&A meetings. Gilles Pélisson talked about the situation of the group -which he has been presiding since early 2016-, his years at Euro Disney and his bets for the future, including his desire to have an impact on our generation. A huge thank you to HEC Alumni for this opportunity is in order.

On November 18th and 19th, we were only a few miles away from there, at the Sorbonne University. Every two years, the University hosts a series of debates where hundreds of speakers, from political, economic or cultural backgrounds come and debate. This event is called “La Cité de la réussite” (the City of Success). The list of trademark names eager to come to the event gets longer every two years. This year, Carlos Ghosn (CEO of Renault), former Prime Ministers Alain Juppé and Bernard Cazeneuve, Chefs Guy Savoy and Thierry Marx and Mr Dupont-Moretti (lawyer) were notably present. They all gathered for two days to talk about an honourable subject : transmission. Some of the KIP writers, as panel members, had the opportunity to interview some of the speakers, working side by side with students from Paris and other places. These interviews, perfectly prepared by the University teams, were very rich and we thank them for their kind invitation. 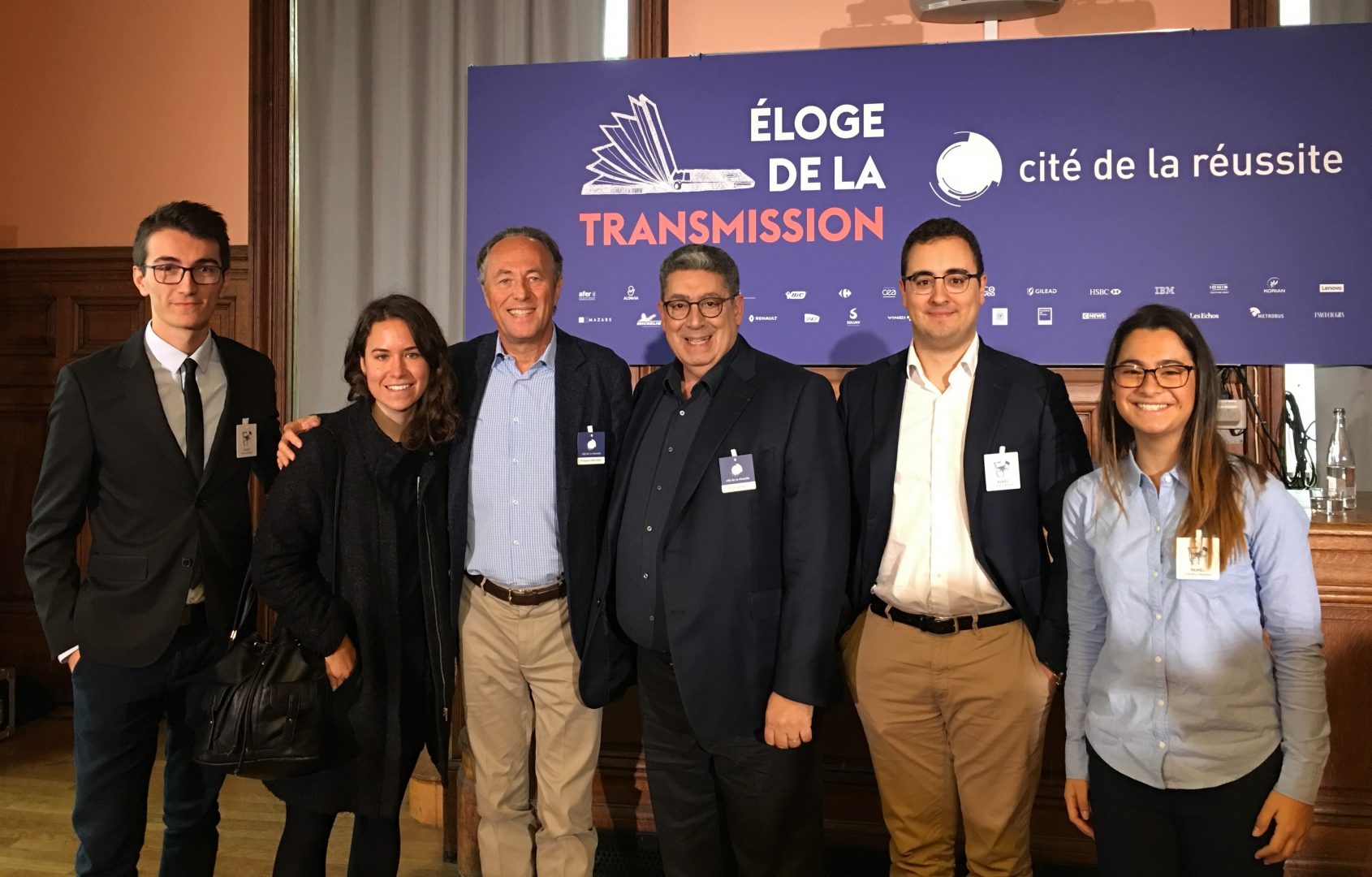 On November 24th, we attended the shooting of Quotidien, a French talk show hosted by Yann Barthès. On the program: an astounding medical error, the grey hair trend and the jury of the French version of Dance with the Stars. It was the first shooting for our team… and there will be a lot more!

A few days later, on November 27th, KIP was in the running for the Dare Award. The competition was organized by L’Oréal, HEC and the student association Start’HEC and its aim was to reward the most innovative projects on campus. This year, KIP, with two other projects (P’tite Binche and Potajouy) embodied the vitality of community projects at HEC. Our association finished second and won an impressive €1,500 check. Celebration time!

…before the launching event

Every week is different. Both the Christmas holidays and final exams were coming, but we chose to launch the website officially on December 5th. To celebrate the launching, we invited Christophe Deloire (Secretary General of Reporters without Borders) to come and speak at HEC. Who more than the former director of the Lille School of Journalism (CFJ), now involved in the fight for the freedom of press, could talk about the pressures journalists face today? “Dictatorships, censorship and lobbyism: welcome to 21st century journalism!”: the title of the conference (in English) is cynical, but the theme is nothing but serious. For more than an hour, the debate hosted by Alexandre and Leon led to various ideas to act against those journalism scourges and was followed by a session of Q&A with the public. The website was then uploaded, with KIP’s first articles, both in French and English. As a conclusion to this evening, we offered many savoury canapés and champagne (again, but in moderation!). Here we go! 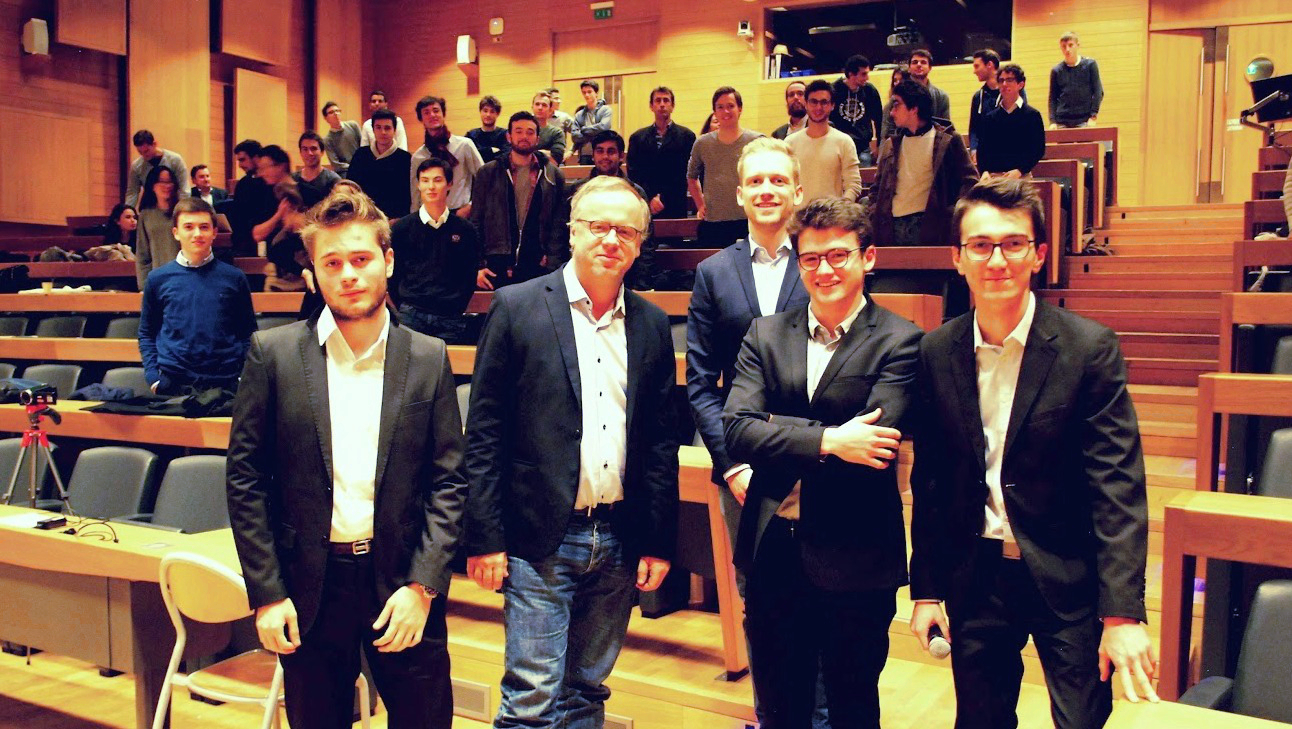 Having hardly recovered from these days of preparation (and somewhat anxious to see the final exams date getting closer…), we keep going nevertheless. December 7th : Visit of the France 24, RFI, MCD and France Médias radio offices in Issy-les-Moulineaux. We were there during a period filled with controversy as Donald Trump had just acknowledged Jerusalem as the capital of Israël (the death of the singer Johnny Hallyday nearly went by unnoticed!), we got to see a very lively France 24 editorial conference. Technical problems, complex logistics and unexpected success : the challenges this radio faces are far from easy to grasp for the audience we represent. A short but enriching discovery.

We concluded the launching week with a very pleasant meeting. Indeed, we met up with Audrey Pulvar, a former French journalist who is now President of the Fondation pour la nature et l’homme (Foundation for nature and humans).

The end of 2017 was promising. Hopefully 2018 will be in the same vein and will enable us to seize new opportunities all across the globe. To be continued…

Translation: A huge thank you to Emma Ritchie for her help!

French student in Master in Management (H2021) at HEC Paris.
Founder of KIP and regular contributor.